Is there any difference and connection between surface magnetism, remanence and magnetic flux?

Why are the values of the same magnet different when measured with a flux meter and a Gauss meter?

Recently, many people have asked these questions. In fact, these questions are related to the surface magnetism, remanence and magnetic flux of permanent magnets. Today we will introduce the similarities, differences and interrelationships of these three concepts.

Measurement: Gaussmeter, also called Teslameter, is generally used to measure the magnetism of magnets. Different manufacturers of Gaussmeters have different Hall sensing elements, and the surface magnetism measured by the same magnet is also different. In addition, it should be noted that the gauss meter measurement standards used in different countries are different.

Measurement: A fluxmeter is an instrument for measuring magnetic flux, and it needs to be matched with a measuring coil (copper wire with a diameter of 0.1-0.5). Helmholtz coil is a device that produces a uniform magnetic field in a small area. Due to the open nature of the Helmholtz coil, other instruments can be easily placed or removed, and visual observation can also be made directly, so it is often used in physical experiments. device. Named after German physicist Hermann von Helmholtz).

Concept: Remanence refers to the magnetic induction intensity retained in the ferromagnet when the external magnetic field is used to magnetize the ferromagnet to a saturation state and then gradually reduce the external magnetic field to zero, which is called the residual magnetic induction intensity (Br). The remanence is determined by the characteristics of the magnet itself. The remanence of the same magnet is constant under certain conditions and has a single value.

1) For two magnets with the same shape, performance and size, the higher surface magnetism has stronger remanence.

2) For two magnets with different shapes, or different performance and size, the size of remanence cannot be determined simply by the level of surface magnetism.

PREVIOUS：15 explanations of concepts related to magnet No next 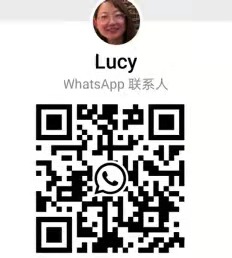